Skip to content
Financial emergencies can come up anytime – without any warning. Be it an urgent medical payment or an unforeseen home improvement expense; you’ll require capital to settle such out-of-the-box payments. Initially, loans or credit cards can seem quite promising financing sources, but not everyone can qualify for them. Plus, the condition of providing collateral for short-term loans isn’t appealing to most borrowers. Henceforth, the circumstances mentioned above leave borrowers with one popular option: payday loans – a short term easy financing source. But are payday loans unsecured or secured? Would such loans require collateral for the principal amount? If not, then what are the requirements? Simply put, are our payday loans the right choice? If you have these queries jumbling in your mind, you’re at the right place. In this blog, we’ll break down payday loans and clarify all the confusion. Let’s get started.

So, What Are Payday Loans?

Also known as cash advances, payday loans are short-term financing sources, enabling borrowers to receive funds based on their paycheck. Paydays are also known as signature loans since the funds are advanced in good faith – meaning you’ll repay them shortly. The signature acts as an assurance for payment of the loan. However, these loans carry a higher interest rate since the lender doesn’t perform a hard credit check and takes on a higher risk. (More on this later) So, if you can’t qualify for credit cards or short-term personal finances due to a low credit score or whatever reason, payday loans can help you out. But how? Well, the lender will only view your monthly stubs and ignores your credit history in the case of payday loans. So, if you have a consistent income, the lender advances a certain portion of your monthly income as a loan. Furthermore, the loan repayment duration is 14-30 days. Simply put, whenever your next paycheck is due, the loan amount is deducted from it.

Are Payday Loans Secured or Unsecured?

Let’s talk about one of the main queries of most individuals: would I have to provide collateral for a payday loan? If I cannot pay the loan, will the lender sell my assets and recover the amount? The simple answer, in a word, is no. Most, if not all, payday loans are unsecured – meaning you don’t have to pledge an asset or provide collateral for the loan. However, this is where the lender’s risk massively increases. But how? See, the lender neither considers your credit history nor asks for collateral for the payday loan amount. Instead, the lender requires a postdated cheque or a permission to deduct funds from the bank electronically. Hence, they put themselves in a vulnerable position where there isn’t any guarantee to recover the loan amount. As a result, the interest rate for such loans is high, and by ‘high,’ we mean extremely high, going up to 400% annually. However, you might think a postdated cheque can be collateral for a payday loan. Well, a cheque is nothing more than a mere piece of paper. Only monetary assets such as houses, or cars are collateral. Plus, the lender can never cash out a cheque in case of insufficient funds in a bank account. Therefore, the cheque is only a promise instead of collateral.

How Can I Get a Payday Loan?

If your State allows payday lending, you can visit local credit merchants at physical stores and secure a loan. In contrast, another way to get payday loans is through online lenders – who can quickly approve your loan request and credit your account with the cash within 24 hours. However, there are a few requirements to fulfill for a payday loan. According to the CFPB, here are the requirements: The lender usually checks your pay stubs, and once they are satisfied, they will lend a portion of the amount and require repayment within thirty days or less. Since monthly income determines your eligibility for a payday loan, you may say that wages can be collateral for the loan. After all, the amount may automatically deduct from your next paycheck. However, let us aware you that non-payment of the amount may severely hurt your credit score. A payday lender doesn’t report to credit bureaus – organizations that calculate credit score, but if you repeatedly default, the lender will be left with no other option than to sell the debt to a debt factoring agency. Once this appears on your credit report, your score will fall dramatically, making you less liable to get further loans in the future.

Once you get your paycheck, you pay the payday loan amount in lumpsum Therefore, the interest rate is a fixed amount or a flat rate fee on a payday loan. For instance, a lender may decide a $10-30 day for every $100 borrowed. However, as mentioned earlier, the interest rate on payday loans tends to be extremely high, reaching up to 780% in annual APR, with the average lurking around 400%. Although several States have usury laws limiting the interest rate charges to 5-30%, payday lenders are exempted from this law. The average loan amount ranges from $100-$1000, with $500 being the most common. However, even a $15 charge per $100 two-week loan makes up an annual 391% APR. Compare that with a credit card (15-30% rate) and personal loans (14-35%), and you’ll be surprised at how expensive payday loans can be. Well, that’s not all. Interest charges are just one side of the picture; payday loans have several more hidden charges, including rollover fees, finance charges, overdraft, and NSF fees. So, even if you extend the loan duration, you may be hit with a rollover fee, ultimately increasing your loan amount. In a nutshell, these fees and high rates make payday loans risky, so much so that it’s easy to get trapped in a vicious debt cycle, which is nothing less than a nightmare.

The unprecedented high-interest rates of payday loans were alarming, and the CFPB issued rules in 2017 to regulate payday loans and protect consumers from debt traps. Some of them include: If you want to learn more about the state-specific statutes regarding payday loans, you can find it here.

There are around 23,000 payday lenders in the US, more than double the number of McDonald’s branches. The State of California has the highest number of payday lenders, while the Rhode Islands has the least number of payday lenders – only five. However, what’s surprising is that payday loans are only legal in 37 states, while they are banned or have strict restrictions/caps in the rest of 13 States. Plus, four out of the 37 States, including Colorado, Montana, New Hampshire, and South Dakota, have caps and regulations on payday loans. These four states have set the annual interest rate limit at 36% and have banned additional loan fees. The rest thirteen States, including Arizona, Arkansas, Connecticut, Georgia, Maryland, Massachusetts, New Jersey, New York, North Carolina, Pennsylvania, Vermont, and West Virginia—plus the District of Columbia (included in the count) consider payday loans as illegal and have relaxed regulations for the borrowers. Here’s a breakdown of the laws regarding payday loans in illegal zones: Here’s an image from PEW research showing the legal condition of payday loans across the USA.

So, are payday loans the right financing source? Well, it depends upon the borrower. If you’re confident enough to clear off the loan amount plus the extra charges within the maturity date, you’re good to go. However, if you plan to hold on to debt, roll over the amount, and extend the duration, you’re paving the way towards a debt trap. So, identifying alternative financing options before a payday loan is always an excellent idea. But if all the other options are blocked, you may take a leap of faith and get a payday loan. That’s all about it. If you’re curious to learn more about loans and financing, look no further than DirectPayDayLoans247. Reach out today! 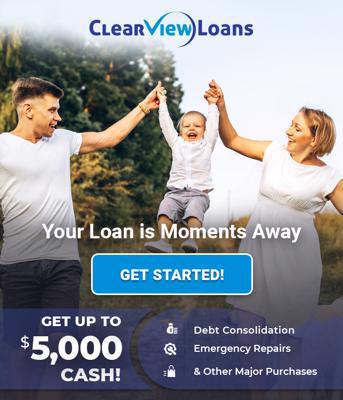 3 thoughts on “The guide to Payday Loans in the US”